Why is the flat front retrieving area a selling point when you’re promoting “beveled stripper” plates?

The straight/flat area of the stripper plate refers to the flat edge at the front. This flat contour helps prevent the wedging of ears by putting the plate close enough to the gathering chains so that the lugs can eject a lodged ear when necessary.

The back stripping portion of the plate is beveled to better emulate the bottom portion of the corn ear which helps reduce kernel loss by displacing the energy that causes buttshelling. Instead of one kernel taking the entire force of the corn ear, the energy is distributed between several kernels by pushing them back toward the cob instead of popping them off. This bevel also helps reduce trash intake by putting the ear shank closer to the stalk rolls. This allows the stalk rolls to grab hold of the ear shank, which allows the rolls to process the leaves and husks at the corn head instead of sending them into the combine.

The stripper plate designs found on Geringhoff, AGCO and Case 3000 corn heads often have a welded bar along the edge that protrudes above the plate. This flawed design helps contribute to kernel loss problems.

The welded bar that protrudes above the plate causes shelling problems by displacing all the energy onto one kernel.  Our patented bevel reduces butt shelling by distributing the energy that causes kernel loss. 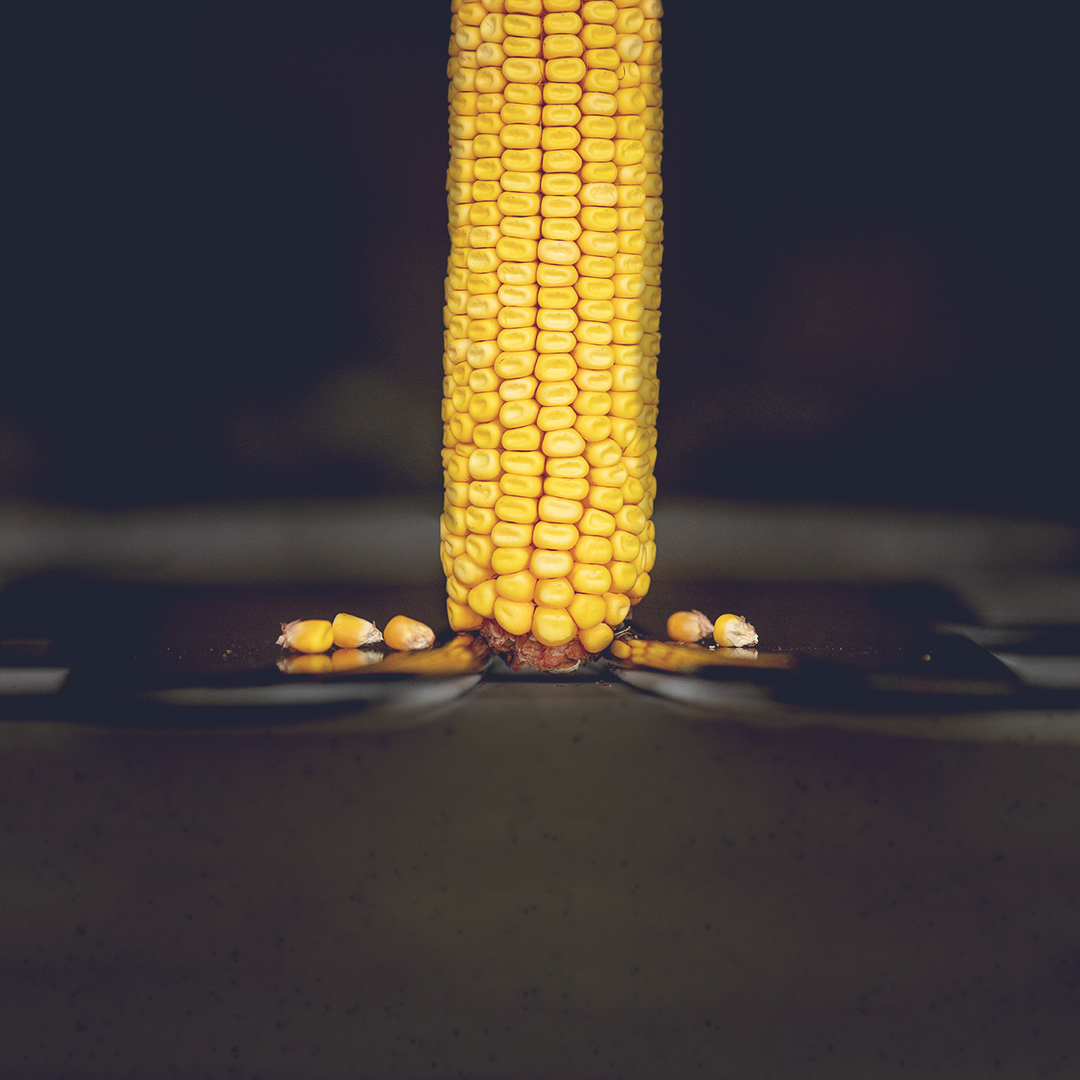 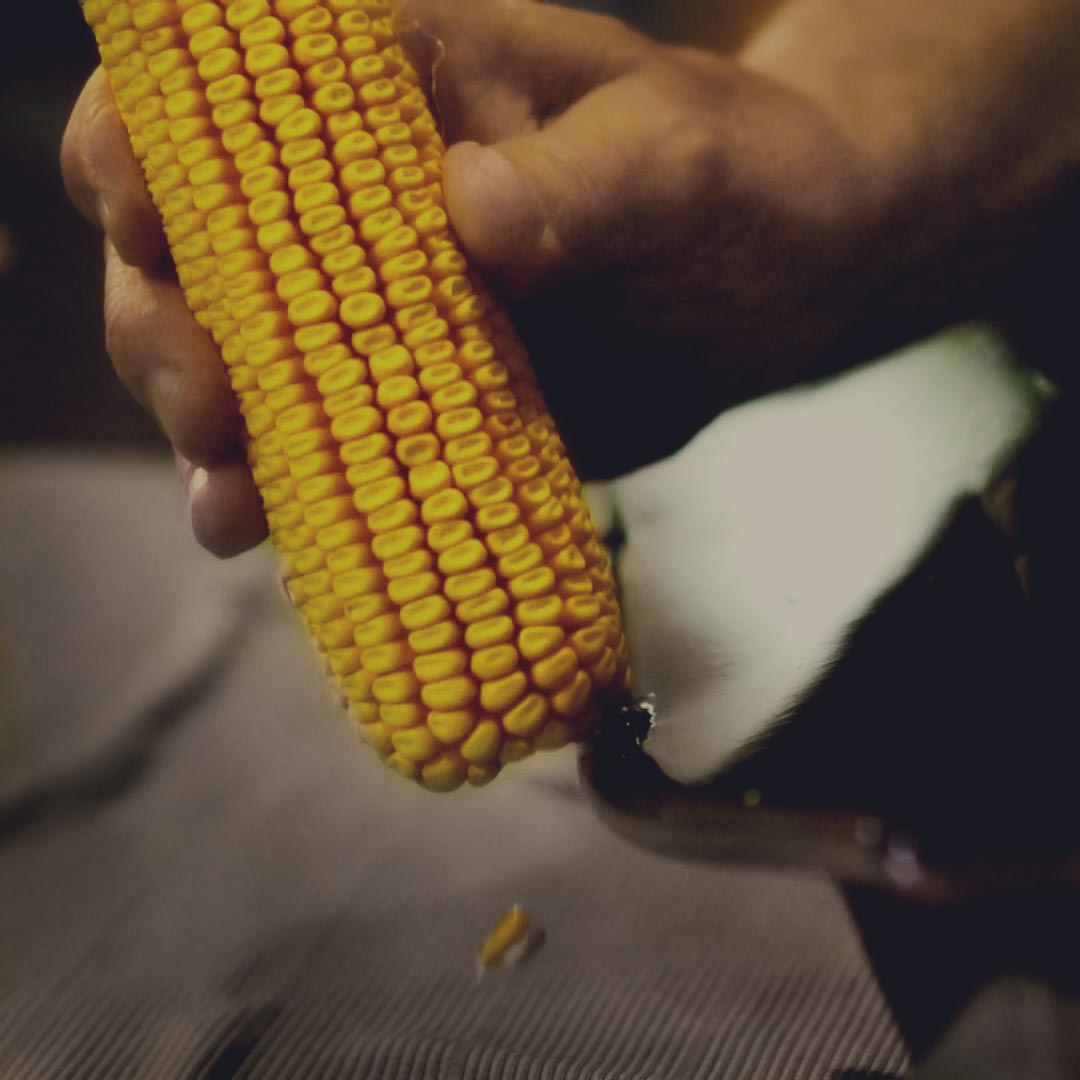 The leading edge of the stripper plate acts as a guide for the stalk’s entrance into the row unit.  The front area of a Calmer Stripper Plate is flat to reduce the potential of ear wedging. Calmer plate’s also have a wider front area to help direct material into the center of the row unit when slightly off the row instead of bulldozing stalks.  Pictured below is a rare problem that our design helps prevent. Because the front area isn’t beveled, the gathering chain lug cannot kick out the ear that is lodged in the front. 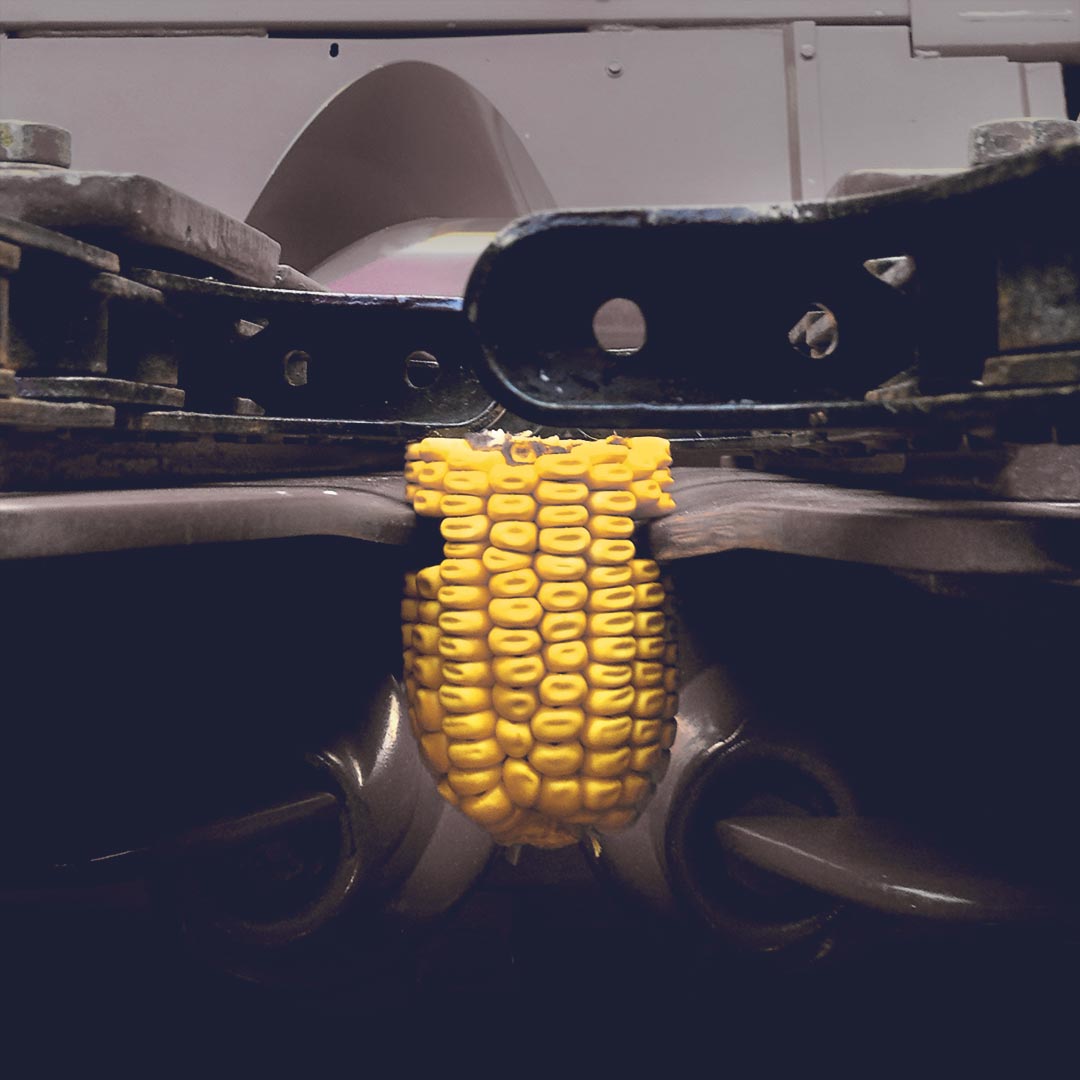 Illustrated here in detail, you can see how the downward bevel increases contact area of the base of the ear to minimize butt shelling problems. 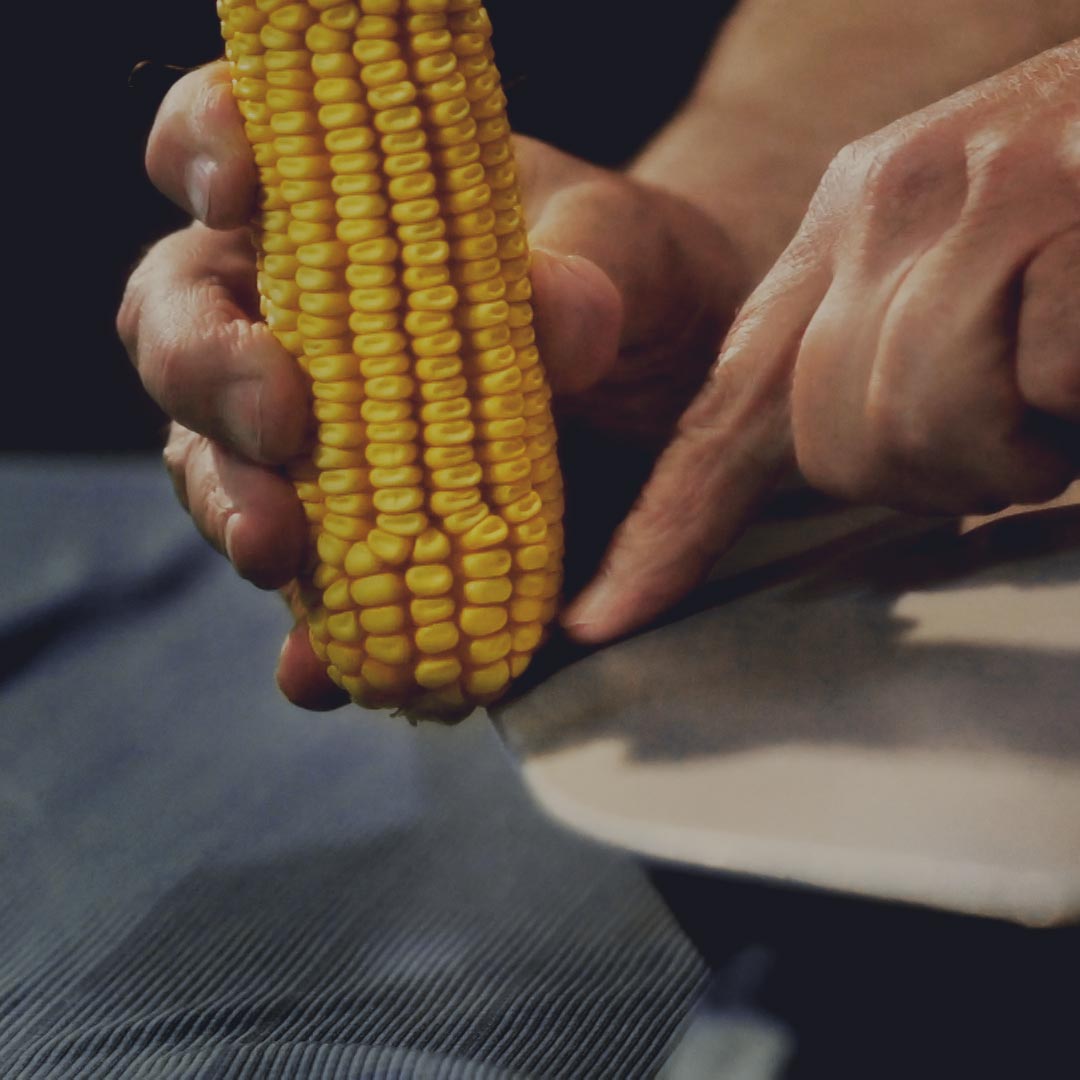 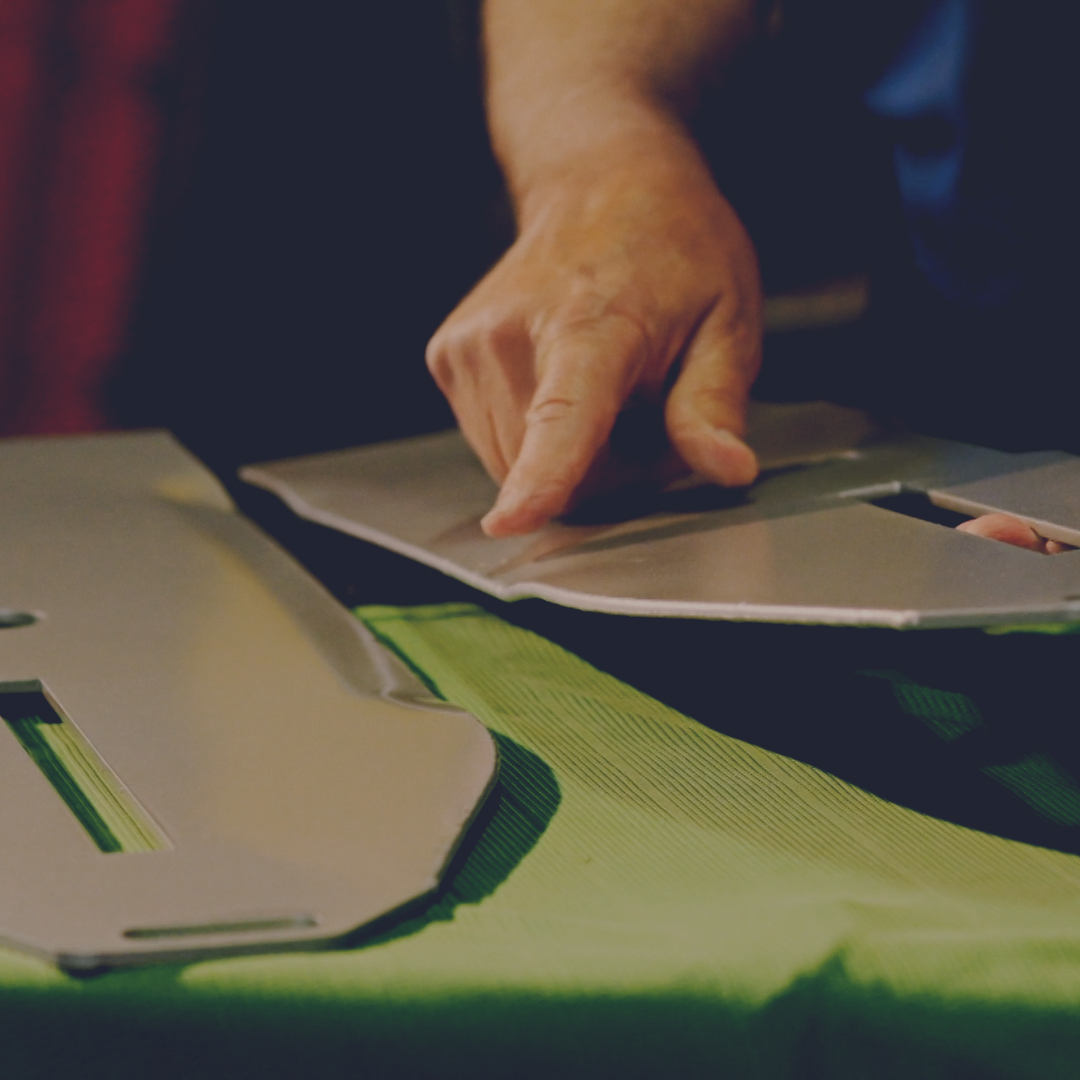