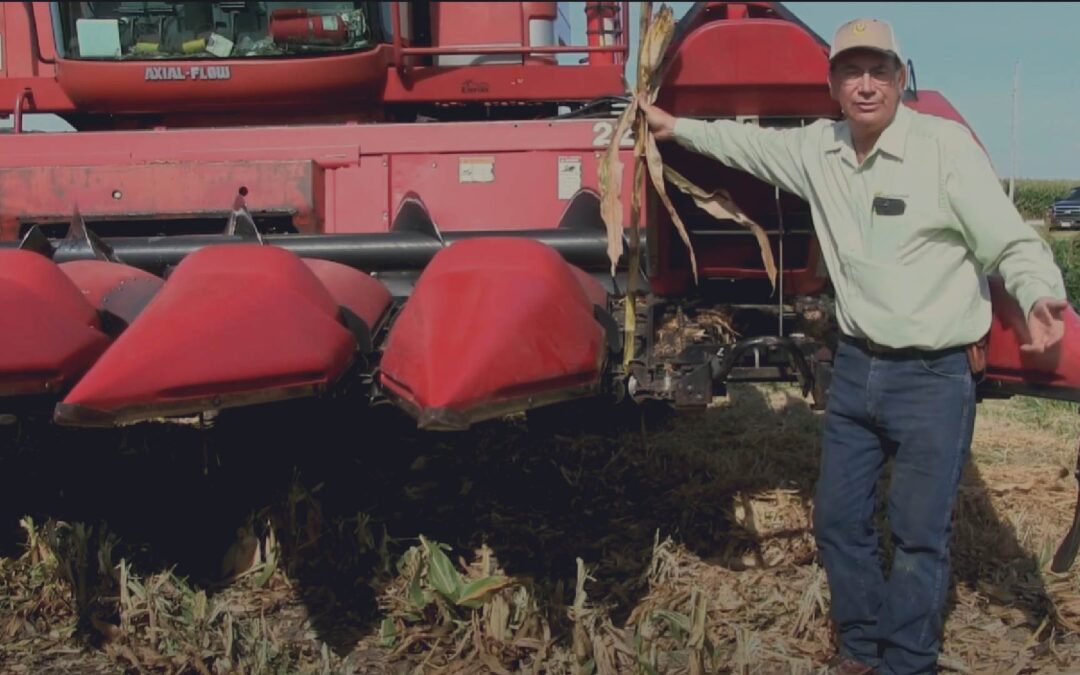 “Hi, my name is Marian Calmer and I’m a farmer from Western Illinois, and today one of our video series on combine settings for better harvesting today’s topic is about correctly setting the stripper plates on a corn head. In my humble opinion, the size of the ear in my opinion really doesn’t have a lot to do with the stripper gap setting. I think that the determining factor for plate width is more related to the size of the node on the cornstalk. I like to use common sense. I carry a machete with me in the combine and when I’m harvesting – depending on the hybrid I’m working with at the time – I’ll stop get out and cut a stalk off and carry it with me over to the corn head. I take the bottom leaves off so that I can see and gauge the size of the nodes. Now, of course remember that the node is not perfectly round, it’s elongated, and it’s going to be the widest part of the node is what’s going to need to go through the stripper plate. 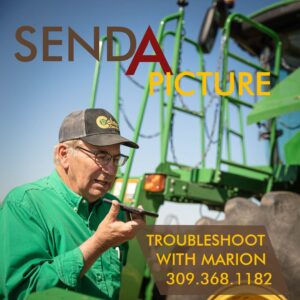 Butt shelling (knocking kernels off the ear at the plate) is a attributed primarily to fast header speed.

So, as a combine operator, if I’m seeing butt shelling from the cab, I’m going to reduce header speed. If I’m bulldozing stalks (pushing stalks forward before pulling them down), I’m going to open up those stripper plates and let the nodes go on through. Key Takeaways: