Dave Hula: Why I Run Calmer Products on My Corn Head 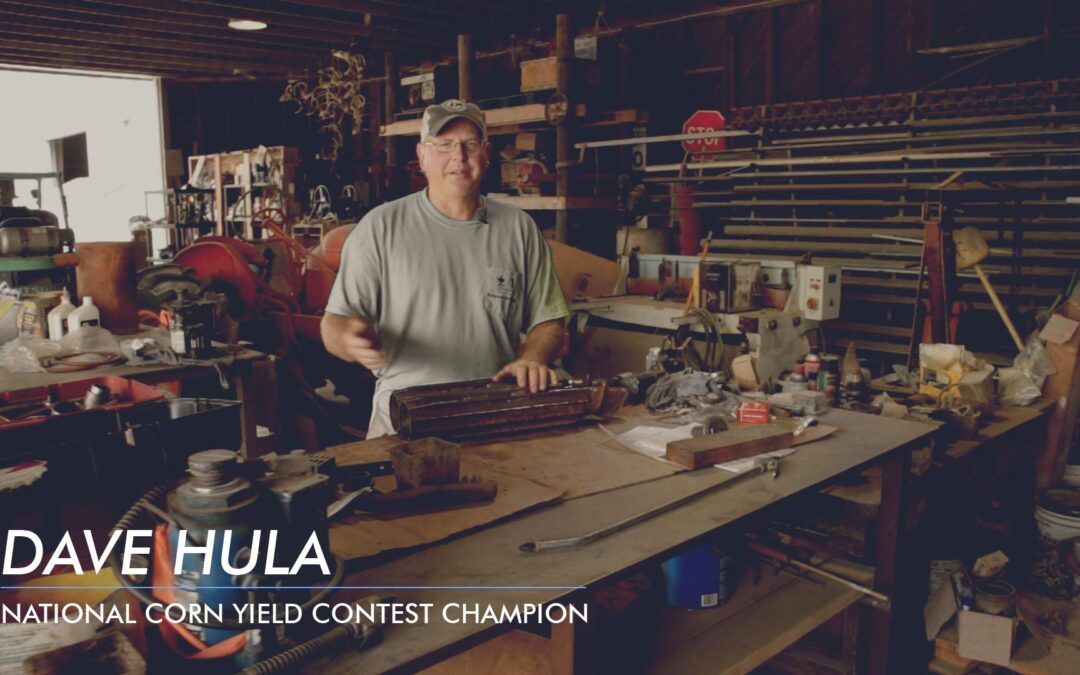 Ride along with Corn Yield World Champion David Hula as he side dresses some Nitrogen on  Renwood Farms. Dave chats in cab about expectations for the 2020 harvest and how he manages residue with his John Deere corn head equipped with Calmer’s Chopping Stalk Rolls.

We’re here in Henrico County at one of the farms that we tend called curls neck used to be an old dairy and just like at home we’re farming along the banks of the James River just about ten miles west of the capital of Virginia. We’re here at renwood farms in Charles City along the banks of the James River if you want to talk history this is where it all started in 1607 Captain John Smith sailed up and down the James River and our family has been farming here since the 1930s my great granddad moved over here my granddad bought this farm here known as renwood farms and I’m the third generation here I’ve been fortunate or blessed to have worked with my granddad my dad’s retired but he’s still here so I get to bounce a lot of ideas off him and I got two brothers that I work with Johnny he’s been with me for a long time and then our younger brother Jeff who handles the seed side of our operation.  I’m fortunate I got a son that works with us. Even the next generation is a year and a half old my daughter blessed us with a grandson so that’s exciting times too.  It’s nothing more fun than to see him when I pulled up with the combine he gets out of the car just got a big old grin on his face and then we he says Combine and then it next word is corn so I know what he’s wanting to go shell some corn.

Here at Renwood Farms since 1930s we cultivate 4,000 some acres give or take.

We raise corn mostly just for grain and then we’re into soybeans as well as small grain whether it be wheat barley or oats and the soybeans and small grain is for seed you know most growers you got to diversify this economy and one of our diversifications is that is a seed business and then this year I challenged my son Craig to come up with an idea and he decided to try some cucumbers so here in 2019 we raised 54 acres of cucumbers.

Another project he had this is a little side note he decided hey we got enough heat units can we plant corn behind corn so this is something we never thought of now I know down south they’ll plant corn behind sweet corn or they’ll plant soybeans behind corn so we planted a 76 day hybrid we shelled it in the first half of July which wasn’t as early as we had hoped here we were hoping to do it the first of July. Then we planted a 99 day corn behind that probably should have stuck with a 76 day because we’re not sure if the 99 days is going to finish because it’s just now starting to tassel and here we are they’re getting ready to get the beginning of October.  The one thing that’s interested in that 76 day hybrid everybody thinks when you plant short season hybrids you give up yield we had part of that was in the irrigated environment the dry land went from a hundred and forty bushel to two hundred bushel. The irrigated went from 220 to 270 so we’re not giving up a whole lot of yield so growers when you come off a year like you’re experienced in 2019.

more efficient with our fertility as well as our chemical and other inputs on both their soil impact, but water quality management as well.

“If it makes good walking sense, I’ll try it again,” he said. “There might be a reason it didn’t work, something we did.”

That’s what Hula’s always examining the results of a complex growing cycle to find what did what in linear or non-linear fashion.

In 2019 Dave Hula raised 616.195-bushel-per-acre corn in the National Corn Growers Association National Corn Yield Contest, a bar-raising mark. Talking to us as he steered his John Deere S770 through a field of dryland corn not far from his southeastern Virginia headquarters in early September, he was still trying to figure out exactly what went so right with that crop.

It’s not enough just to post the result or even to show his work — all he did to solve the problem. He wants to know what was worth his time and what wasn’t.

“Duplicate what you did, and then you’ll become a student of your crop,” Hula says, reciting oft-given advice. 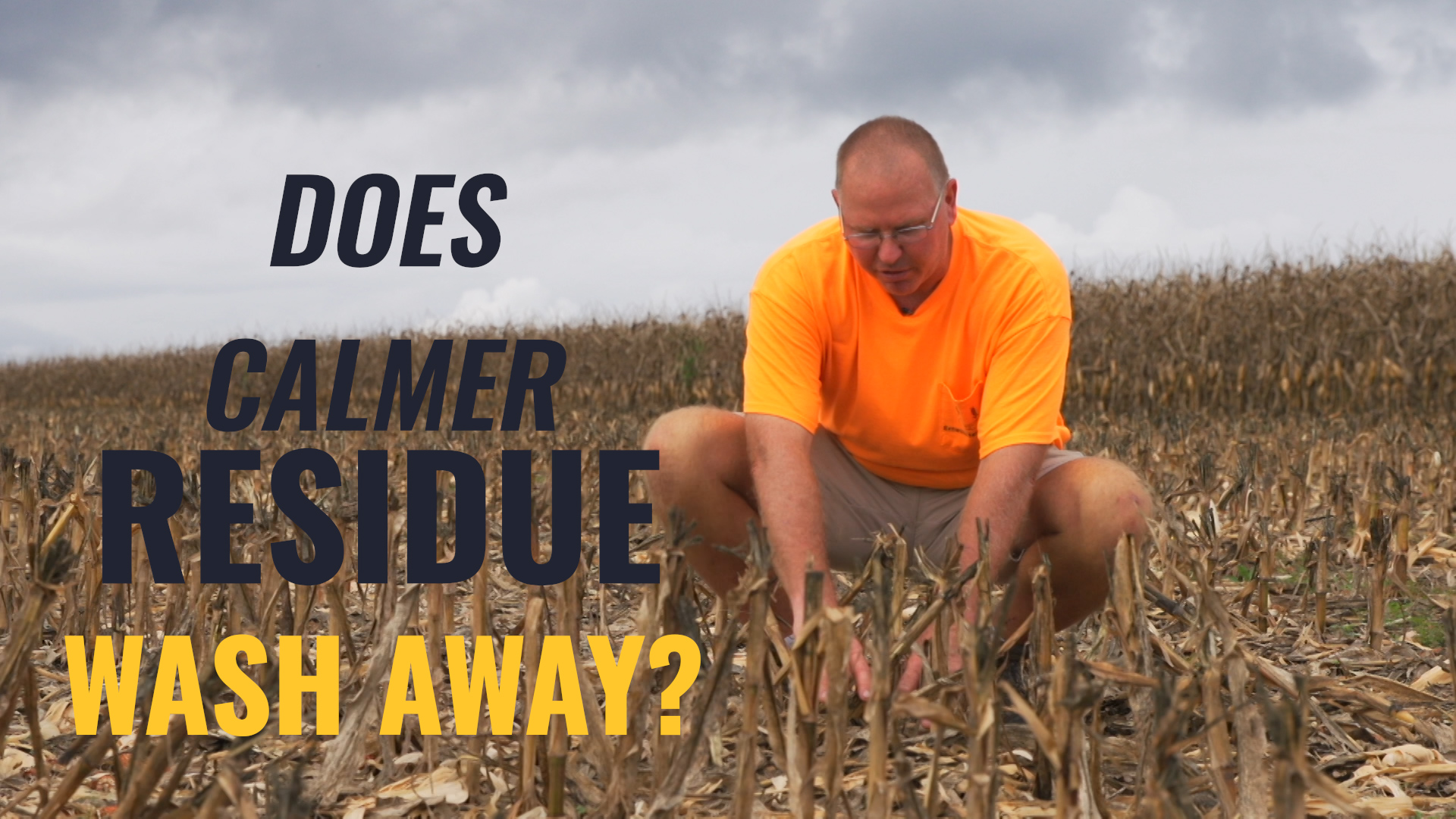 Well in 2019 we put a set of the super choppers on our stock John
Deere head and what we saw was that they we were chopping that green corn stock up into inch and a half two-inch segments.

Operate and Maintain a “chopping” corn head for $1/ac

New Products Released for 2021 For years, farmers have been visiting us at trade shows asking about products for the Case IH 4000 series corn heads. Due to that corn head's design, there were challenges to fitting a Calmer Kit, but after significant research,...
Read More

Our shop foreman, Andy, is out planting his fields that were harvested with a Calmer-Built Corn Head equipped with BT Chopper® chopping stalk rolls in the fall.  Listen along to the video as he describes his 'very basic' planter setup that is easy to use when planting...
Read More

On Farm Research Leads to Choosing 15 Inch RowsLane Sinele is farming in central Illinois and he moved into the idea of planting at 15 inch distance between corn rows over 15 years ago rebuilding his head by hand with the help of his sons and calmer parts.  Listen to...
Read More