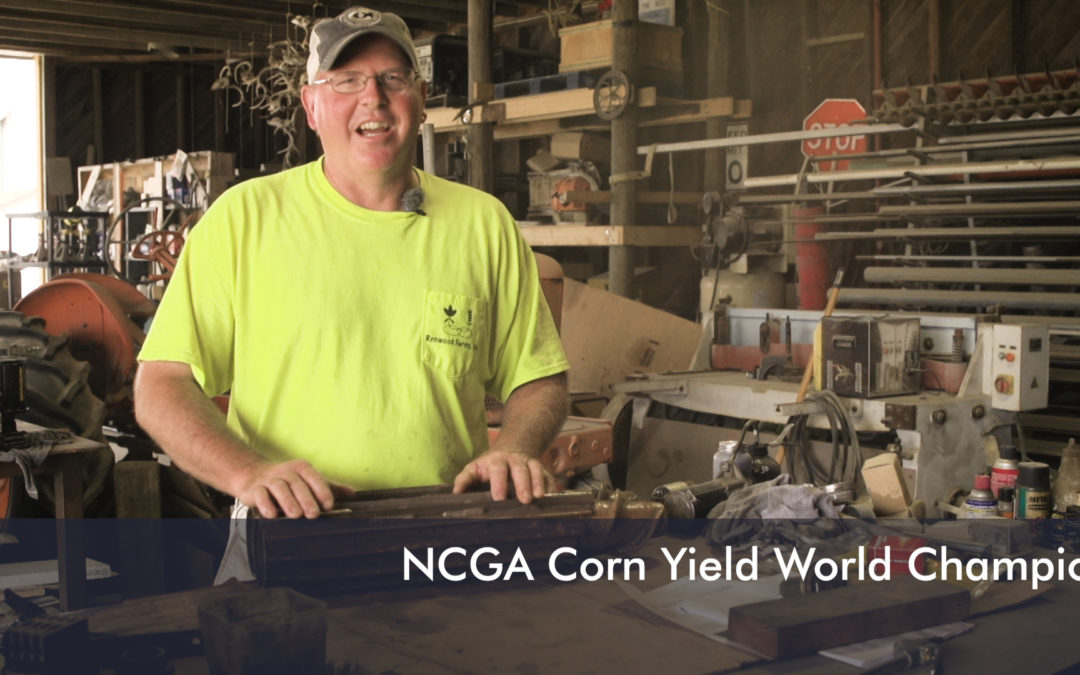 “I’m just like any other grower, I like to go to the trade shows and kick tires, look at shiny paint.

After attending some of the trade shows, I had a chance to visit personally with Marion Calmer and I saw his display where his chopping corn heads were breaking up that cornstalks into little pieces of confetti of course. But I’m looking at that, and I see he’s using a dry stalk of corn running it down through, and it’s chopping it up into small pieces so….

I’m wondering how that
is going to produce real-world results
in my fields where
we’re trying to cut and shell
28% moisture corn
at a height of 10 to 14 foot tall?

Well, in 2019 we put a set of the Super Choppers on our John Deere head and what we saw was that hey we were chopping that green corn stalk up into inch and a half to two- inch segments it was going through, it didn’t require any more horsepower.

we were spreading that residue across
the whole 30-inch pass

Then we were planting that small grain right behind that. Now the neat thing about those is we got the moisture in the cornstalk, we’re chopping it up and it’s decaying extremely fast and now we’re able to perform that no-till, have that no-till environment for our small grain. The neat thing about working with a company like Marion, you know, you’re talking to the owner, you know he is committed to developing a product that’s gonna work, it’s going to be economical, and it’s going to perform. And it’s going to perform continuously from one year to the next. So, when we tried the Super Choppers in 2019, they asked us to take them off, and let’s look at them. So that shows me the commitment because he knew we were putting them in an environment that is unlike a lot of other environments. We’re harvesting 300, 400-plus bushel yield corn.

We’re shelling it when it’s green. I sent some of the Super Choppers back to them they saw some areas where they’re gonna make some modifications to try to improve them. That’s the commitment I like. You know, they got the research and development team, they got an owner that’s committed to try to provide a product for us growers. You know the last thing I want to deal with is something that’s going to break down and not perform.

And you look at these, we harvested about 2,000 acres of corn last year on an 8-row head. So, you know, each row went well over a hundred acres and we still got sharp edges on them, you know things look good. We’re just going to look at the improved version for 2020 and

I’m excited to have these kind of Super Choppers on our header for years to come.”