Meet one of America’s

A History of Innovation

Finding solutions to problems and improving corn harvesting equipment runs in the Calmer family. Marion’s grandfather Ansker and great uncle Barney Calmer were some of the first farmers to put a corn sheller on a solid rubber-tired Model T truck. They used this for several years as they went from farm to farm shelling corncribs. This 1920 picture was taken in front of the local water reservoir. 93 years later, Marion took a picture in front of this same water reservoir after he built the world’s largest corn head. 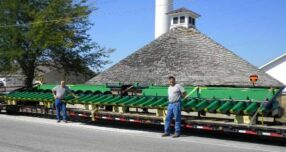 Farm Equipment Podcast · How We Did It Ep. 012 Conversations with Ag Equipment’s Entrepreneurs: Marion Calmer

Listen to the Farm Equipment podcast to hear Marion tell the story on the evolution of our company from the initial rebuilding of old factory corn heads to building some of the world’s largest, most advanced corn heads. Our technologies are born from a barn, tested on our multigenerational family farm and proven by users across the world. 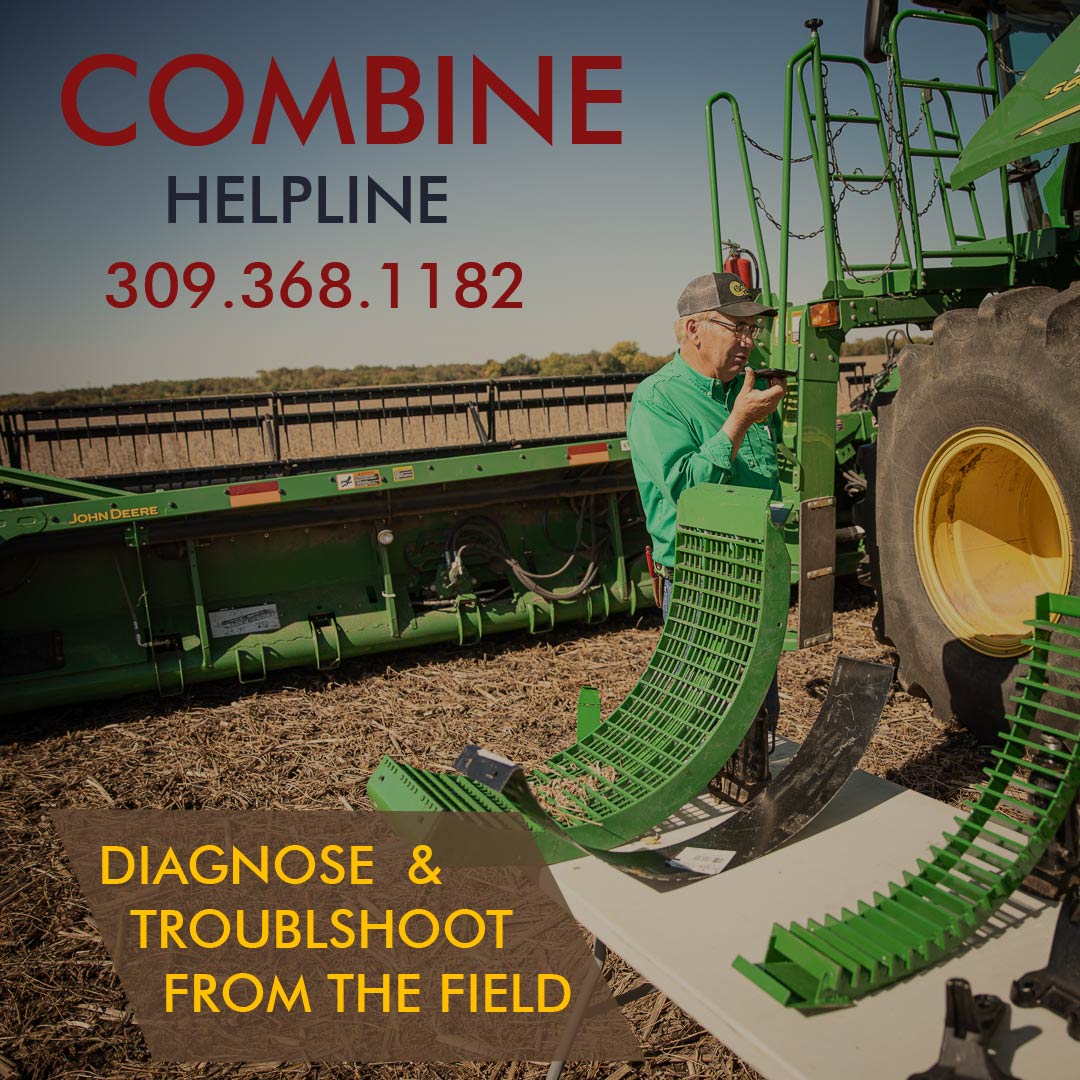 In 1975, after borrowing $500 from the bank and $500 from his grandma, Marion started his farming operation of 80 acres of corn and 10 gilts. In 1978, he graduated from Black Hawk College – East Campus with an associate degree in applied sciences. Throughout his farming career, he has grown corn, soybeans, seed corn, soybean seed, and has run a swine operation. As the descendant of a long line of entrepreneurs, Marion was born with the gift of finding solutions to problems. 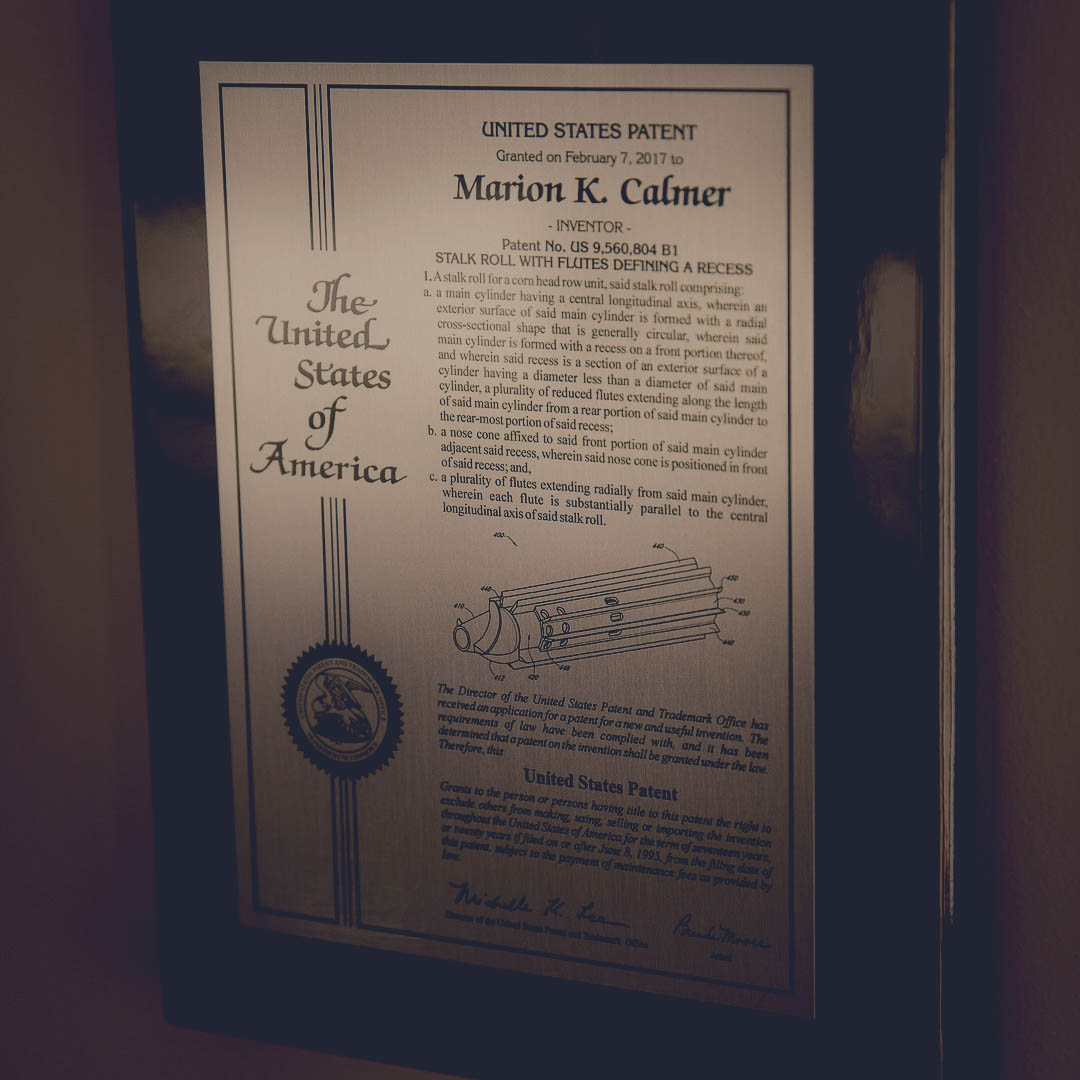 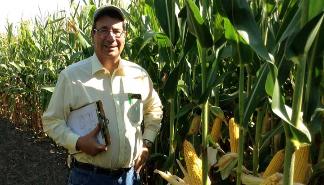 With mechanically-inclined blood running through his veins, Marion spent thousands of hours modifying and inventing farm machinery. His hard work led to the invention of the world’s first 12- and 15-inch corn head, the world’s largest corn head, and other state-of-the art harvesting technology.

Today, as the owner of more than two dozen U.S. and international patents, Marion’s corn head technologies are helping farmers around the world.

The financial difficulties of the 1980s forced Marion to find more efficient and profitable ways of farming in order to stay in business. In 1985, Marion founded Calmer Agronomic Research Center, an independent, self-funded research center, with the goal of finding ways to reduce input costs and increase profitability for himself and other farmers. After a visit to then-world-record-holder Herman Warsaw’s farm in 1985, Marion became interested in narrow row corn due to the potential yield increase and input cost reduction. He would go on to build the world’s first 15-inch corn head in 1994, the world’s first 12-inch corn head in 2013 and the world’s largest corn head (at the time) that same year. Most recently, Marion invented the BT Chopper® Upgrade Kit system to enable factory corn heads to manage cornstalk residue more efficiently than ever, saving farmers time and money.

Because of his research, Marion has:

– gone from conventional tillage to no-till

– adopted the use of biotechnology

– reduced his herbicide treatments down to one pass 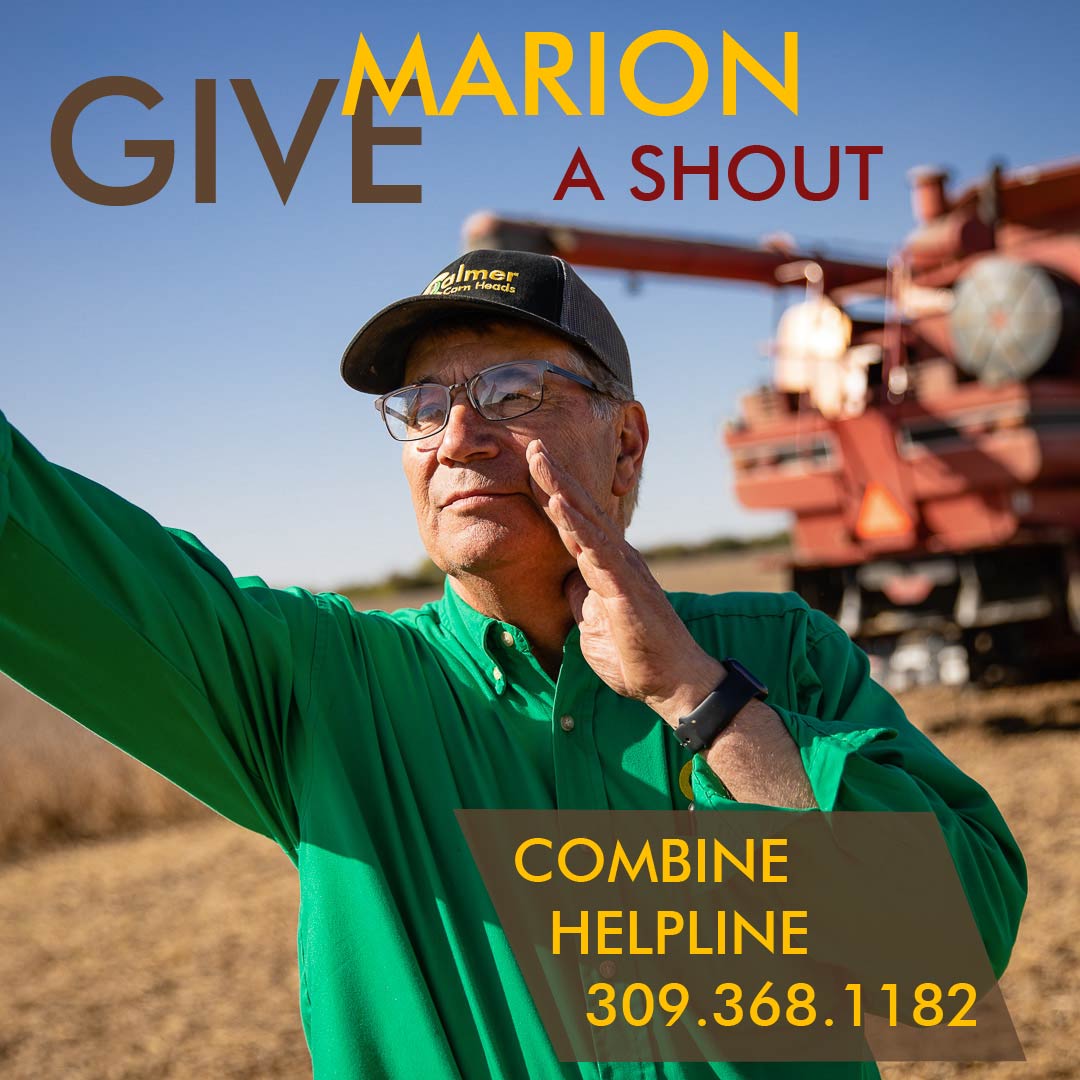 Over the years, Marion has developed numerous tips for a successful corn and soybean harvest, which he shares with farmers through his YouTube videos and various seminars. If you are having problems with your combine, corn head or bean head during harvest, give Marion a call directly on his cell phone at 309.368.1182

struggling with down corn? click here for some helpful tips

Marion with Herman Warsaw,
the 1985 world record holder of
non-irrigated corn  at
370 bpa.

recognition for a life of service

In 1991, Marion was selected as one of four finalists for the Illinois Soybean Association’s Young Leader Program. Marion has been a DuPont No-till Neighbor and a featured speaker at DuPont and Monsanto Residue Management Conferences, along with the National No-Till Conference from 1994 to present times. He is also a corporate member of the Conservation Technology Information Center (CTIC). In 1994 and 1995, he received State and National Honor Awards from the Soil and Water Conservation Society (SWCS), and was nominated for the JC Young Farmer Award in ’95 and ’96, and won the No-Till Innovator Award for the Public Image of Agriculture Category. In 2020, the Illinois College Trustees Association (ICCTA) honored Marion with the Distinguished Alumnus Award for his lifetime of support of the community college system, humanitarian services that have proved beneficial to society and outstanding success in his field. Click here to read Black Hawk College’s full press release on Marion’s contribution to higher education and the agriculture community. 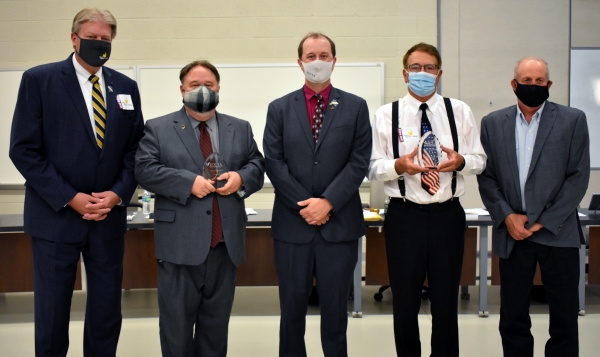 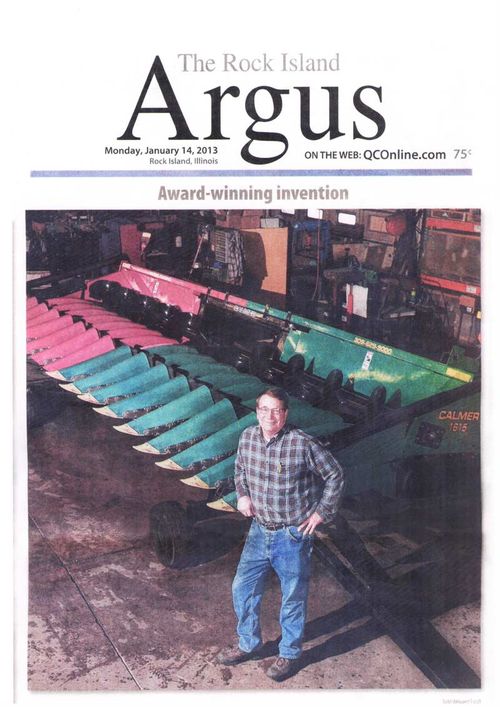 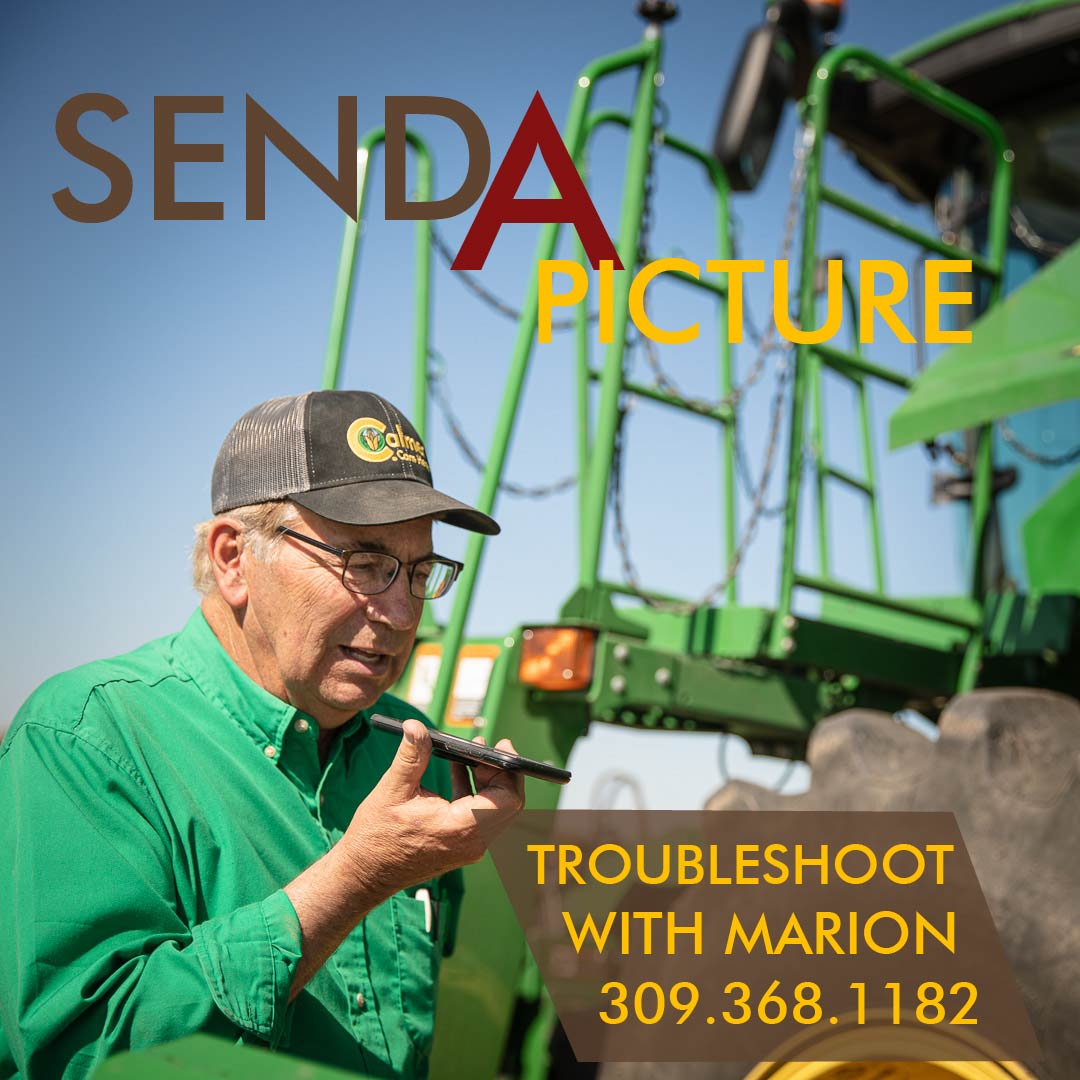 In Marion’s On Farm Research, you’ll get transparent results from a farmer just trying to help other farmers. Because all studies conducted at Calmer Research Center are self funded, you’ll get honest, unbiased results.

According to Marion, “I like my seed and fertilizer salespeople, but of course they’re going to recommend I plant a higher population or increase my application rates. That increase may lead to a slight yield bump, but did the jump in yield pay for the additional expenses? Lord Kelvin said ‘you can’t improve on what you don’t measure or research,’ which shows why it’s so important to do your own research. Of course, studies funded by seed or fertilizer companies have the potential of showing a favorable response to their product(s). I don’t accept any outside money for research so that I can get unbiased data, utilize that data to be a more profitable farmer and then share my knowledge to help other farmers become more profitable and better stewards of America’s land and waterways.”

If you have an agronomic research study or testing idea – please contact Marion. 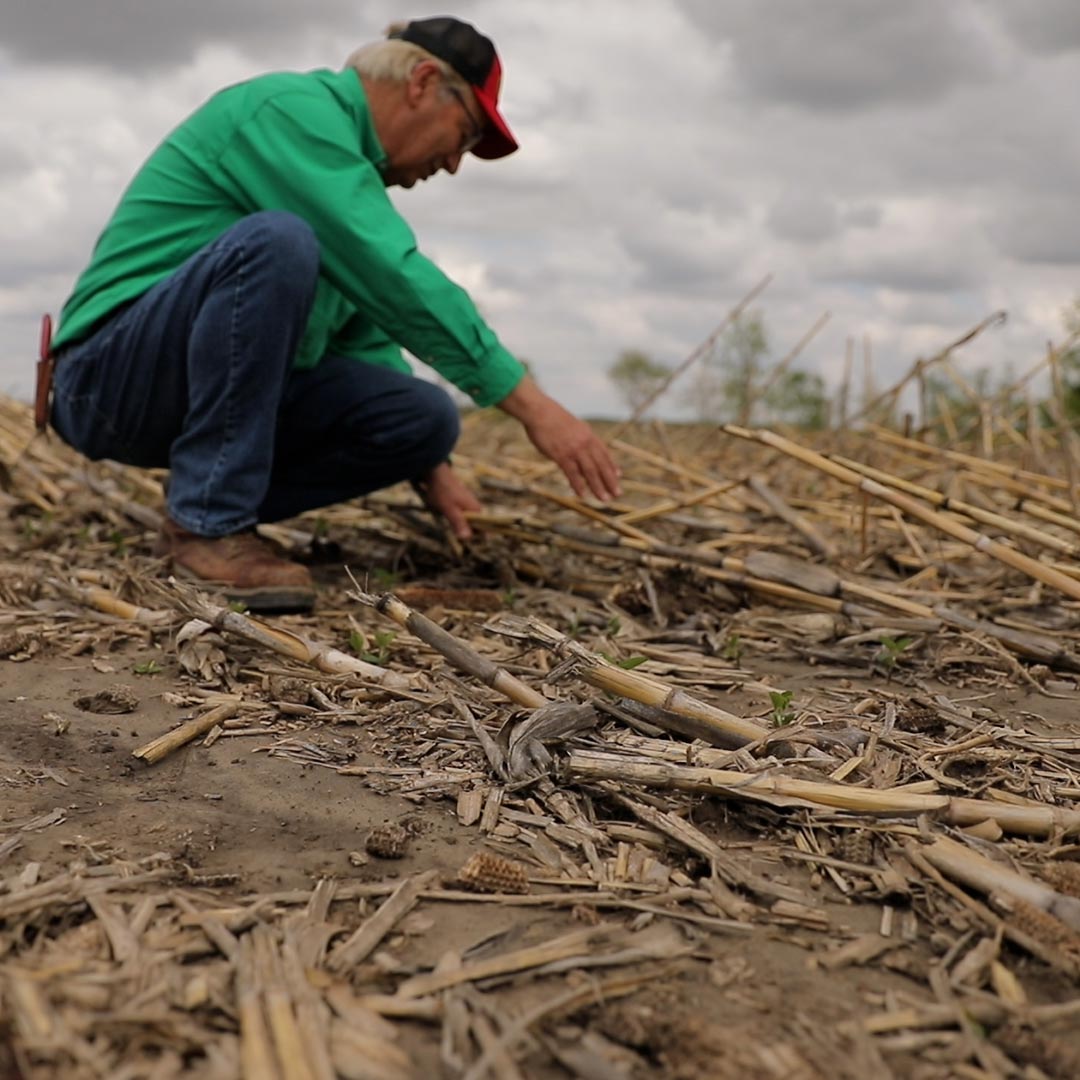 media team and FAQField Media Farmer styleAll Calmer Corn Heads are custom built with our entire line of patented corn head and residue management parts. Available in any row spacing, any color and with any number of rows, your new Calmer head will be built to meet...
Read More

TO MEASURE IS TO IMPROVEScientific Method  applied to agricultureIn agriculture, stratified soils is defined as the uneven level of nutrients at various depths within the soil profile. This is a major problem for farmers and it's getting worse..."After taking numerous...
Read More

As a farmer, it's critical to know what pays and what doesn't when it comes to your inputs. After decades of conducting on-farm research and soil tests, Marion has learned that surface-applied P&K fertilizer moves very little in the soil profile. Listen to learn...
Read More

Does individual bean or pod loss from an auger-fed platform add up enough to support the cost of switching to a draper-style head? Central Illinois farmer, George Roberts, discusses the economics of purchasing an auger-fed bean header vs. a draper bean header on his...
Read More